Blog - Working With The Root Chakra 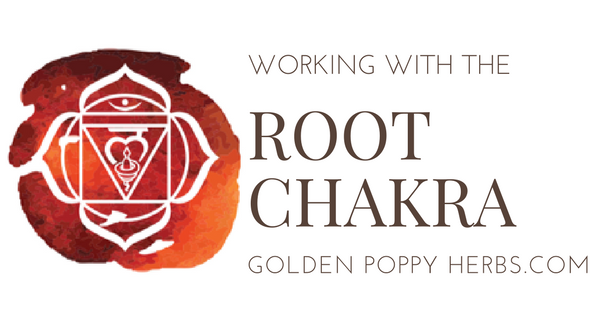 With the rise in popularity of essential oils, as well as the increased attention to the ancient healing modality of working with our chakras, we thought it would be a great time to focus on some of our most popular products, our Chakra Essence Sprays and Perfume Rollers, and tell you more about what is in them and why.

In keeping with the tradition of working with the chakras in our body from the ground up, this month we are going to focus on the Root Chakra.

Many traditional healing practices talk of the chakras, energy centers that are a part of our etheric/energy bodies that can influence all things in our lives, from our health to our emotions. According to traditions, when these energy centers are out of balance, either too open or too closed off, we can experience imbalances in our life.

Each chakra governs different aspects of our beings, and thus when not in alignment with each other, those aspects of our life will be off. By learning more about the associations of each individual chakra, we can discern if there are things in our own life that may point to that particular chakra being misaligned, and thus can work on correcting the imbalances by actively seeking herbs, essential oils, and other healing practices that activate that particular chakra.

As with all things, we will start at the bottom, with our most basic of human needs, and work our way upwards.

The Root chakra is located at the base of the spine and associated with the color red. The Sanskrit name is the Muladhara which means, “base, root or foundation.”

It is the foundation of your emotional and mental health, your connection to traditional familial beliefs, and supports the formation of your identity and sense of belonging to a group. It is what connects us to the earth and grounds us down into our place on this planet and in this life.

When in balance a person will feel centered, grounded, healthy, fully alive, have lots of physical energy, will be adept at manifesting abundance, and is a master of oneself.

When the root chakra is deficient often the person will feel a lack of confidence, have no grounding in physical reality, may be weak, can’t achieve goals, is self-destructive, and may have feelings of being unloved or abandoned.

When the root chakra has excessive energy the person be egotistical, domineering, greedy, addicted to wealth, indiscriminate in their use of sexual energy, or have nervous sexual energy.

The main words associated with this chakra are I am and We Are All One. We are all connected to each other, but we are also ourselves, and knowing both of these things simultaneously will allow us to feel grounded and at peace on this planet and in this life.

In our Root chakra spray and roller, we chose specific gems and oils that have been associated with their grounding properties, as well as their ability to balance and harmonize the root chakra.

ESSENTIAL OILS FOR THE ROOT CHAKRA

Frankincense – traditionally used as a grounding, calming, and relaxing oil, this scent perfectly aligns with the root chakra and it’s focus on grounding the body into the earth.

Myrrh – also a grounding resin, it has been known to calm and soothe the emotions, again helping to root us back into the earth and ourselves.

Cedar – grounding and calming, it is said to help combat negativity. Atlas Cedarwood can be helpful when faced with chaos or conflict and need a grounding oil for use during meditation or reflecting on the situation

GEM ESSENCES FOR THE ROOT CHAKRA

Black Tourmaline – used for envi­ron­mental tox­i­city; jet lag; over­whelmed by ener­gies in the ­envi­ron­ment; ­over­sen­si­tive to tele­vi­sions, ­com­puters, flu­o­res­cent lights, and other sources of elec­tro­mag­netic pol­lu­tion; needing to detoxify on the phys­ical, emo­tional, or mental levels but not knowing how to do it in a bal­anced way.

It is a pre­ci­sion tool for the release of toxic or stag­nant energy held in the chakras, subtle bodies, the phys­ical body, and the envi­ron­ment; absorbs inhar­mo­nious ener­gies and exchanges them for fresh, clean energy.

Garnet – emo­tion­ally and ener­get­i­cally dis­con­nected from parts of the body that are in pain or have been injured or oper­ated on; parts of the body won’t heal or return to their normal level of func­tion; poor cir­cu­la­tion in cer­tain areas of the body.

It increases one’s ability to inhabit the phys­ical body; helps one recon­nect ener­get­i­cally with parts of the body that have been trau­ma­tized; rebuilds the etheric web in areas dis­rupted by injury or surgery so that one can draw in the forces that are needed to com­plete the healing process.

Green Jasper – for when you are feeling ungrounded; lack of com­mu­ni­ca­tion with the Earth; energy blocked in the lower chakras; incon­sis­tent and uneven flow of sexual energy resulting from the shock or trauma of sexual abuse.

It syn­chro­nizes body rhythms with earthly rhythms, ­espe­cially when there has been a dis­rup­tion to the nat­ural flow; restores earthly sen­su­ality and healthy sex­u­ality; helps us recon­nect to our instinc­tual natures; opens us to the energy and grace of the wild feminine.

Rhodochrosite – helpful for deep trauma and emo­tional pain in the heart; unable to make inti­mate con­nec­tions with others; shut down emo­tion­ally or sex­u­ally as a result of being abused; feeling cut off and alien­ated from the phys­ical world.

It increases energy, bal­ance, and sta­bility in the heart chakra and in the phys­ical body; soothing and nur­turing to the heart during and after deep healing and trans­for­ma­tion; heals the effects of abuse in the heart so that the cor­re­sponding trauma can be released from the phys­ical body. Rhodochrosite brings a strong flow of Earth love and sup­port to any healing process in the heart.

Rose Quartz – for pain held in the heart from trau­matic events in one’s past; heart closed down because of not being nur­tured as a child; dif­fi­culty ini­ti­ating and main­taining inti­mate con­tact with others; inner child not receiving ­nur­turing energy from the adult; lack of com­pas­sion for others.

It develops all dimen­sions of the heart chakra; helps one anchor love into the phys­ical body through the heart center; helps one con­nect to and nur­ture one’s inner child; opens, strengthens, and sta­bi­lizes the heart forces so an indi­vidual is able to main­tain inti­macy with one­self, others, and the planet.

Ruby – for unre­solved sur­vival issues blocking energy flow between the Earth and the 1st chakra; con­sti­pa­tion of ener­gies in the lower chakras and organs of the body; ambiva­lence about being present in the phys­ical body; ten­dency to dis­con­nect from the body during times of chaos and upheaval.

It cleanses, bal­ances, and ener­gizes the 1st chakra; opens the lower chakras to a stronger flow of life force energy from the Earth; sup­ports one’s ability to ground spir­i­tual and mental energy into the phys­ical body, espe­cially during times of intense transformation.

OUR CHAKRA SPRAYS AND PERFUME ROLLERS CONTAIN ALL OF THE ABOVE ESSENCES AND ESSENTIAL OILS AND ARE THE PERFECT WAY TO WORK WITH YOUR ROOT CHAKRA. WE LOVE USING THEM IN MEDITATION, BEFORE OR DURING A YOGA CLASS, OR AT ANY POINT DURING THE DAY TO HELP KEEP US FEELING GROUNDED AND CONNECTED DOWN.

HERBS FOR THE ROOT CHAKRA

Being herbalists we also have to talk about some of the herbs that we find work well with the root chakra. Someday in the future we plan to make and sell chakra based teas (and perhaps this post will be the impetus for getting that going!) but for now we’ll just give you some suggestions and hope that you stop in to try out some of these wonderful herbs yourself.

Herbs that are associated with the root chakra can include angelica, ashwagandha, cinnamon, ginger, clove, damiana, dong quai, raspberry leaf, turmeric, and cayenne.

Herbs such as Hawthorn berries, hibiscus, rose petals, rose hips, and rooibos can also work with the root chakra because of their color and their tendency to be healing, soothing, nurturing, and protective. Because the heart is also associated with the color red/pink, you’ll notice a lot of crossover between these two chakras, even though the heart chakra is most often associated with the color green.

If you wanted to blend up a tea using a few of these herbs, a nice mix would be to combine ashwagandha, ginger, cinnamon, clove, damiana, raspberry leaf, and hawthorn berries together for a warming, downward moving, grounding, blend.

This combo would not be good for pregnant mom’s however because of the potential to move the blood in the uterus area too much. It would also be advisable for anyone on any kind of heart medication or blood-thinning medication to talk with their doctors before using any of these herbs. *

It would also be wise to be cautious about drinking too much of this if you are a woman who tends to have a heavier menstrual flow as it may make it stronger, but those of you with scanty menses could find this helpful. The addition of cramp bark to this blend of warming herbs would be very lovely for anyone who suffers from strong menstrual cramps.

FOODS FOR THE ROOT CHAKRA

Any food that is a root or stalk and is the color red can be associated with the root chakra. The most popular ones that come to mind are beets, radishes, red cabbage, and rhubarb, but also carrots, tomatoes, red bell peppers, strawberries, raspberries, onions, red potatoes, and generally anything else red.

Here are a few recipes for the root chakra. 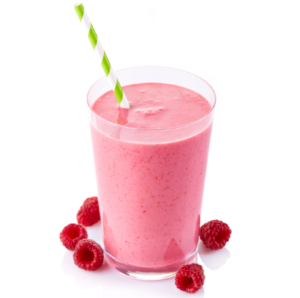 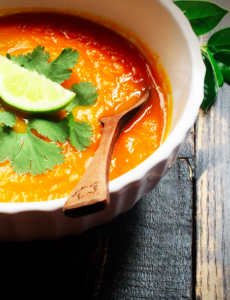 1. Pre-heat the oven to 400 degrees
2. Put seasoned, halved tomatoes in the oven along with the whole garlic gloves that have been drizzled with olive oil and roast for 40 minutes
3. Meanwhile, in a big soup pot, add the butter and cook down the chopped onion, adding in salt, pepper, thyme, brags or low sodium soy sauce. When onion is nice a browned and in the stock and bouillon cubes. Put on low and let all the flavors meld together.
4. Add in roasted tomatoes and all of the roasted garlic and bring to a nice boil.
5. Using either a hand mixer or a blender puree the soup.
6. Squeeze a little lime on top before serving.

All of the suggestions above are perfect ways to start working on aligning your root chakra so you feel more calm, stable, balanced, grounded, and centered in the world as you go about your daily life.

If you give any of them a try, or have a favorite option please let us know, we love hearing from you, and be sure to check back next month for the Sacral Chakra.

This statement has not been evaluated by the FDA. This product is not intended to diagnose, treat, cure, or prevent any disease. Those seeking treatment for a specific disease should consult a qualified practitioner prior to using our products. 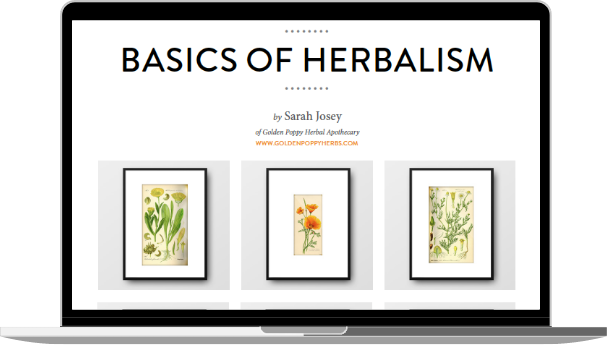